LEADER TO LEADER
Membership Drive Reaction
by Jim Rice, Chairman Leader Member Committee
As I write this, it is a week before Christmas and the final membership numbers for 2009 are fresh in my mind ... Depressing but still in my mind. We had a membership drive. A well-thought-out, but poorly executed drive. The leg work was done at the HQ level and the advertising was done in Model Aviation and by word of mouth via most of the District VPs. Yet the grass roots level, where the newbie meets the member, it didn’t happen very well; seemingly no interest in the growth of the membership by the average modeler or club.
That should give all of us with a little concern about the future of our organization cause to reflect on why we aren’t growing or worse yet, why we are shrinking. Everyone who has been a member more than five years (and that is who this article is targeted toward) remembers when getting a new member started flying rejuvenated your own enthusiasm, which was then expressed and passed on to the newbie, resulting in his or her rapid infusion into this addictive sport. The newbie then brings friends and relatives to the field to try to get them addicted as well. It could snowball, it should snowball from there, but lately it hasn’t done that very well! We keep harping on bringing in more new members but don’t concentrate so hard on keeping the ones we already have. If your club brings in six new members this year but loses ten old ones we have a net loss. If every club in the AMA lost just three members, we would be down about 7,000 members before we ever started to recruit the new members! So why are we losing them as fast, if not faster, than we can recruit them? You may know better than I do but I have some ideas from personal experience and daily contact with clubs and members that are having problems with each other. Following is a list of issues I have seen:

1. Club dues are too high when coupled with initiation fees and AMA dues and perhaps holiday spending if the club has renewal at the first of the year.

2. Club meetings are stagnant, discussing the same old business with no flair of creativity to try to encourage the membership to be there for the fellowship, the modeling exchange, and the educational experience.

3. Cliquish groups that make it hard for a newcomer to become a part of the organization—If you can’t afford an XYZ don’t sit with us; If you can’t do a double whifferdill with a twist you don’t need to fly with us; If you didn’t use escapements and reeds you won’t be able to communicate with us, etc.

​4. Old-time members with a chip on their shoulders about new folks, new styles, and new ideas. Some old guys (I qualify for that) don’t want to have their club changed and are not willing to tolerate anyone who may have a good new idea. The board of directors ought to change fairly regularly and bring in new ideas and new blood. I have had reports of members being threatened by old timers who don’t want change, even to the point that the police have had to be involved.

5. Conduct at the field that is unacceptable for mixed company or families. I have seen and had reported to me too many incidents of vulgar and foul language being used so loudly that it made many at the field uncomfortable. Guys don’t want to bring their spouses or children out to the field and subject them to that. For that matter, many longtime modelers would rather not be subjected to that either.

6. Safety officers or instructor pilots treating the membership or new pilot like a stupid third grader (this assumes the recipient of the barrage is not a stupid third grader). I had a couple of guys who were longtime modelers tell me they joined a club based on my recommendation and began flying on the first day at the field with no orientation or advice. The Safety Officer observed they were not following one of the club’s local rules and berated them loudly and publicly instead of quietly explaining the rules to the newbies. They both quit the club after one day of flying. Fortunately for AMA they found another club instead of dropping the hobby.

7. Sometimes spectators come to observe the activity and are not welcomed and given a tour/briefing about the club and the hobby. Heck if you have a closed membership that doesn’t mean you can’t get someone addicted and send them elsewhere to fly. Take a minute and brag about your club and your hobby, you might get us a new modeler and get yourself a new friend.

8. Competition events aren’t designed to allow a new pilot to compete with limited skills, therefore they don’t compete because they don’t want to be beat up and embarrassed by the experienced club aces. Design some events that don’t even require a takeoff or landing so that a guy on a buddy box can compete. For example, a two-minute timed flight from the time the instructor hands the airplane over until the student calls time or the instructor has to take it back. Or climb and glide if the student can take off okay but has trouble landing. The time stops when the student adds power to abort the landing.

9. Maybe a worse thing in today’s electronic world is the argumentative nature of many of the forums that a new or prospective member might visit. Just observing some of the threads would be enough to cause some potential new members to look elsewhere and if they post a question and get beaten up for their ignorance, they aren’t going to want to come back for more.

10. Sometimes a club may need to embrace new technology or styles to try to help the newer modelers. I saw a sign on a non-AMA club gate one time that said No Park Flyers or Electrics Allowed. I went on in and asked if I could fly. I had a park flyer-sized electric that I designed that flew exceptionally well. I talked with the guys present and they agreed to let me fly; evidently the guy who objected to my kind of airplane was not there that day. After my first flight they gathered around the airplane and wanted to know more about it and its propulsion system. I doubt my visit converted the field but I think it impacted the thoughts of the ones who were present that day. If your club doesn’t have a way to allow helicopters, see if you can do it. If you don’t have a way to do hi-starts and winches for gliders, see if you can accommodate them. Do you have a place to make a CL circle, even a temporary one until the guys who want to fly CL can help you make a permanent one?

11. Does your club newsletter grab the attention of the average club member? Do he see his name or picture or his friend’s in print? Does the newsletter make him want to get out to the field or over to the club meeting? A newsletter editor’s job may be the toughest on the board. Help write an article, provide a picture, tell a modeling joke or provide a building tip. These guys want and need help and they are the voice of the club and the AMA for the local guys.

You get the idea I think. As leaders we all probably have some influence in our local areas and could help make things more enjoyable for the guys we have already signed up so that we close the door on attrition and let the recruiting efforts fill us back up.

Remind everyone that it is a hobby. We do it to have fun so let’s have fun! Q

Who will be the first member of the industry to take me up on my offer to save our hobby/sport?

What more do you have to lose?

All I ask is for you to send one representative to verify that what I claim is legitimate.

Remember, you get what you pay for.

Club volunteer instructors, who basically have the last word on growth, have no obligation to provide anything.

Membership growth is entirely in the hands of the altruistic we-teach- for-free club instructors.

No matter what program AMA initiates, or how much is spent, it means nothing because it's totally up to the club's (free) flight instruction system whether there is growth or not.

After all, as far as the club's instructor is concerned, he has no real incentive to spend his valuable field time to the chore of teaching newcomers. The industry wants tons more customers, but the same cannot be said of clubs and instructors.

I've been told by instructors that they don't mind teaching, but they will not go out of their way looking for trouble.

Meaning if someone shows up the one day a week most clubs offer instruction,

instructors will give flight instruction,

but they will not go out of their way to search for newcomers to teach.

Like a poor marksman, everyone keeps missing the target. Poor Laura.

Think she will stay in the hobby? Many have quit because of similar what she is going through. 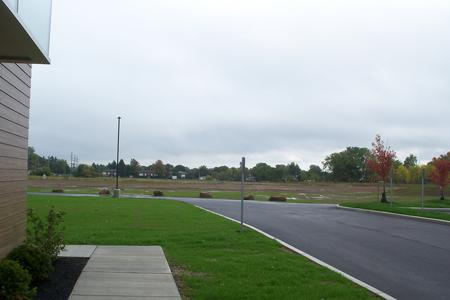 John 8:32  "Then you will know the truth, and the truth will set you free.

The Ragland Technique is to train people how to teach RC flight instruction.

It seems that too many people just don't get it.

Why hobby shops are closing

"One of our biggest events for about 5 years running was having two booths in the Old Humble Oil Days. That was a downtown Humble, TX show of all kinds of stuff, booths lined back to back for 6 or more blocks down Main Street. Lots of folks coming by. We had all the things, models of all sizes, simulators, actual LARGE Trainer with Transmitter. and Buddy Cord for demonstrating how actual training worked. Lots of old magazines, with Club info inserted in, Club/Event Flyers for when, where,, contacts and about everything one could imagine for showing our fine facility on Club-Owned 50 acres with 5000 ft. shelter, and indoor rest facilities.
Each year, the CLUB AND A LHS DONATED AWARDS including a low cost electric trainer for a raffle at the show.

DID WE EVER GET A NEW MEMBER OUT OF THAT? NOT ONE! Therefore we shut the program down as the club could no longer invest the 3-500 Yankee dollars each year it cost us to show there with ZERO return on investment.

We have advertised and performed the AMA TAG program a number of times. In Sep. '09, we had a huge IMAC event. Sunday afternoon we ran a TAG program. Over 40 - I forget actual number - spectators received both simulator time and actual hands-on training by Club Intro. Pilots. Any new members? Not that I know of."

A vision is a picture or idea you have in
your mind of what the end product needs to
deliver. It is an idea about what the future
will look like. It is about possibilities. A well defined
vision helps to focus and create a
purpose, which becomes the measurement
of success.
Nothing is accomplished, if there is no
vision to start things moving. A vision is the
capability to see beyond the current reality.
It also can be a powerful way to keep one
focused on what you want to achieve, while
keeping you motivated in achieving it.
No lasting achievement is possible
without a vision, and no dream can become
real without action and responsibility.